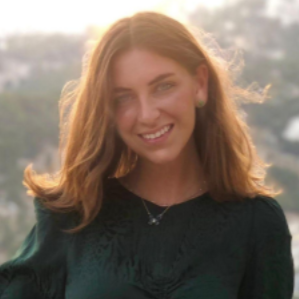 Teli Esther’s journey is one of an endless search for truth. Her life has been full of adventure and the unveiling of many miracles. Originally from Mexico City, she travelled the world on a backpack, exploring Southeast Asia, Africa and South America through their faiths and cultures, and discovered that the light of God shines where one lets it in. From a young age, she knew her life mission was to help people connect to the highest versions of themselves. Teli Esther studied philosophy in university and ultimately moved to Israel, where she found the truth, Torah. With deep passion and excitement, she is devoted to becoming a channel for God’s light to the world. Teli Esther is a Torah educator and advisor at various seminaries in Jerusalem, as well as a tour guide at Yad Vashem.